You can count on our services if you are in need of an automotive, emergency, residential or commercial locksmith

Contact us now, we are ready to take your call and help you with your Locksmith related issue.

What Are You Supposed to Do if You Lose Your Transponder Key?

There is a good chance that if you are a vehicle owner, the key you use to operate your vehicle is outfitted with a transponder signal. Transponder keys have been mandatory to be built into cars right from the start for decades now. Since 1993, vehicle makers have been required to outfit all of their models with transponder keys and for good reasons.

The Purpose of a Transponder Key

Transponder keys prevent your vehicle from being started by any other key or a key that is similar to your own, such as from the same make and model of car. Before transponder keys became mandatory, it was possible for someone to steal your vehicle accidentally in this way. There were stories of individuals who would drive the same make and model of vehicle as another individual in the same parking lot, for example, and mistakenly go to the wrong vehicle, open the doors, and even drive off. The innocent people in these scenarios had no idea until minutes of driving down the road that they were in the wrong vehicle. Yet, somehow, their own car key managed to work in another identical vehicle.

Additionally, before the introduction of transponder keys, it was also much easier to hotwire and start vehicles without a key. Now, if you do not have the transponder key that matches the vehicle, the car will not turn on or start.

Transponder keys function via transmitting and responding. Within the transponder key itself is a small chip inside of them that communicates with a corresponding transponder panel within the car. Once the two properly connect, the vehicle will recognize the match and allow your car to turn on. Without a transponder signal match, you will not be able to start your vehicle.

Why You Need to Call a Locksmith

If you have lost or misplaced your transponder key, the best thing to do is call a locksmith. Many might think to call their car dealership first, but there are a couple reasons why you should choose to go with a locksmith instead.

Because transponder keys require programming, there is a great deal of knowledge necessary to make sure a new transponder key will work with your vehicle. Locksmiths know how to get into your car’s computer system and properly program the transponder signal within the car and with as little damage as possible. An inexperienced repairman may cause significant damage to your car’s inner workings or paneling, costing you extra money and time. A locksmith that is experienced will know how to repair your transponder key with ease and with as little stress to your vehicle as possible.

The other reason you will want to call a locksmith to get your transponder key repaired and reprogrammed as opposed to going to a dealership is cost. When transponder keys stop working, this most often means that the vehicle owner is stranded. Sometimes they can stop working without warning, so you could be in the middle of nowhere when your vehicle suddenly will not turn on. If you were to go to a dealership in this scenario, you would first have to call a tow truck. So, not only would you have to pay for an expensive tow to the dealership, but the dealership is not likely to care about your budget or making sure you get the service you reqquire for your specific needs.

Instead, if you go to a locksmith, you do not even have to worry about a tow truck. Most locksmiths have mobile teams that repair transponder keys on-site and even roadside for when you are truly stuck in the middle of nowhere. Call a locksmith anytime you are experiencing transponder key issues and save yourself time, money, and a lot of hassle. 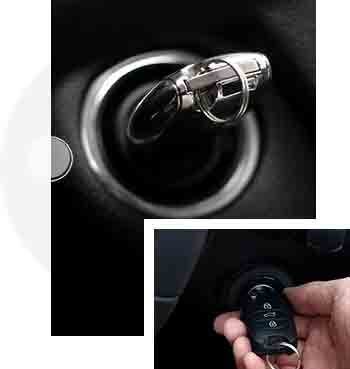 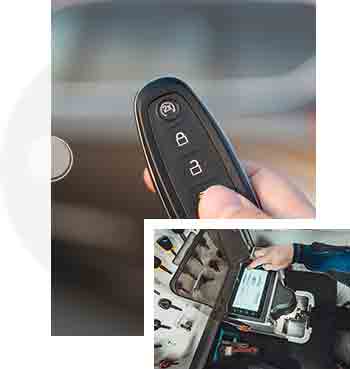 We are here to answer any questions that you might have about our Locksmith services call today.